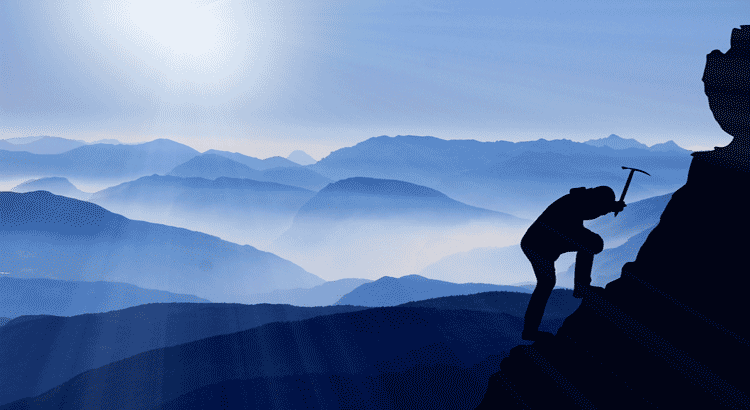 About 6 months after launching the Betfair trading course, it quickly came to my attention, that although I knew members were enjoying the course content, and progressing well, there was a common theme beginning to emerge, and it is this common theme that I just want to highlight on this post today.

What I began to realise, was that members who had been on the course at least a couple of months, began to send me emails, together with screenshots showing their profit and loss. Of course members sent such emails earlier on in their journey as well, which was great to see also. But, something was starting to happen, and I could see a pattern developing.

The type of emails I want to talk about here, and explain in some more details, are the ones that started to show a consistent 90%+ strike rate.

As a trader myself, I had always been in the high 90% strike rates when I trade, but what I didn’t know at the early stage of the course creation, was whether the teachings would ‘migrate’ enough for members to replicate these type of statistics. It’s like if Wayne Rooney started a football academy, he obviously wouldn’t know how successful he would be in passing on the skills, that he himself had learned over the years.

Anybody who gets into the training field will have the same concerns.

I have taught sales courses in the past to direct salesmen, as you may have read from my ‘Journey to a Betfair Trader story‘, so I knew that I could teach in a certain way that participants could understand; but as with any subject, the crux of any success comes down to the finer details, and with trading there will always be information that cannot be taught on a conscious level – a bit like Rooney, again, trying to teach exactly how he decides to shoot a certain way; some things are just on a subliminal level.

..and you only learn these finer details once you are actively involved.

So I do admit, that when I was asked to create the course, I did have a few doubts on whether it could, in fact, be taught.

Those fears were squashed inside weeks, as the emails from members started to come in.  Since then the course has grown beyond anything I had imagined. Members are joining daily, and the membership is growing exponentially; which although that is great, and the whole reason for a course like this is to teach people a subject they are interested in, it means I have had to fine tuning the training for a variety of different personalities – and everyone has different perceptions of what they see on the screen.

That being said, and even after thousands of members have joined, the common theme I am referring to has continued.

As I referred to earlier, the common theme I speak of  is that many members now are achieving a 90% (+) strike rate as a result of what they have learned on the course, and over the last 2 weeks there has been one particular member who has demonstrated publically how he has achieved this.

Now initially, the member admitted that he did deviate from what is taught on the course; mainly out of frustration, and a lack of discipline, but once he went back to the course, and really focused on what he needed to learn, his success turned around almost instantly, as you will see from the following member video:

Please view it in full screen.

You will have seen from the above video, that the member achieved a 90-95% consistent strike rate for 10 solid days, and does not look like stopping there. Obviously, he is only using low stakes at the moment, but the point is, he is learning the SKILL of trading, which will increase his profit level as he increases his staking amounts – and this is crucial for long-term success.

As I referenced to on the video, this is no fluke, and we now have a lot of members who are now into the 90% zone. In fact, many members will email when and say “I’ve done it, I’m into the 90% strike rates”, which is great for me to see, but they have also been conditioned by other members , and their success, into believing that this is where they should be, and the levels they should just ‘get to’.

Discipline is the REAL Factor Behind Trading Success.

Yes, I have had endless amounts of members now who have been delighted to attain that strike rate, but the strike rate does not mean anything without discipline.

When I say discipline; well, you can still have a 90% strike rate and still be losing money, right? Of course. Because if you have a fantastic trading day, stuck to your guns, execute what you have learned, but blown the whole lot on the last race of the meeting, then your whole trading day has been a total waste of time, and this will of course leave you feeling pretty unhappy.

This was the situation the above member was in – before he emailed to ask for advice to help get him back on track.

You see, sometimes, no matter what you are trying to learn, there will be a point when your own internal thoughts take over your conscious thinking, and the reasons for this do not really matter – it just happens – to all of us. And it’s only when this pointed out to you, that you understand where you have deviated, hence this member’s current journey, and subsequent success.

You simply have to have discipline in any area of your life that you wish to succeed at – otherwise you will be constantly fighting with what is happening between your own ears.

As the saying goes, it is easy to make money trading (and it can be), but it is equally easy to lose money – IF you are not adhering to discipline. Discipline to stick to what you know to work. Discipline not to chase losses. Discipline not to take trades in play because you are fearing a loss.

Losses happen in every area of life. You just have to manufacture a way of thinking so that when they happen, you expect them – you almost welcome them, because you know that through your training, any loss will not have any bearing on your long term Betfair trading.

Sure, nobody likes any kind of loss, but paying tax is a loss on your income. You don’t suddenly start chasing the taxman down the street in your slippers because you have lost a percentage of your salary. No, you just accept that it is a part of life. Trading is the same.

On the course we teach you have to deal with losing trades, how to think about them in the grand scheme of things, and when this is adhered to, members quickly realise that losses are nothing to be feared, and in turn they can concentrate on the profitable trades.

This alone leads to the 90% strike rate that very many of our members are starting to enjoy, and accept as standard.

2 thoughts to “Betfair Trading Strike Rates – How to Maintain Consistency”

This site uses Akismet to reduce spam. Learn how your comment data is processed. 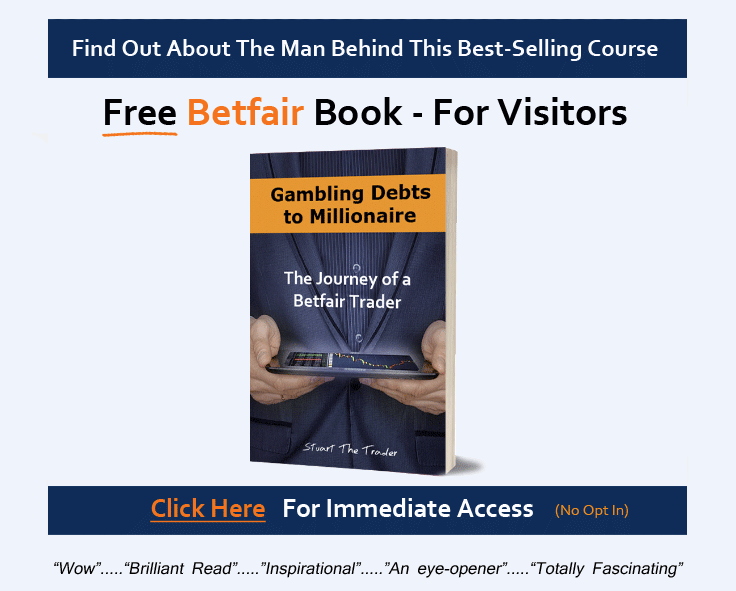